iCal
Google
BROADWAY'S ONLY ALL TEENAGE CAST in a hilarious, coming-of-age musical about discovering that "cool" is sometimes where we least expect it! 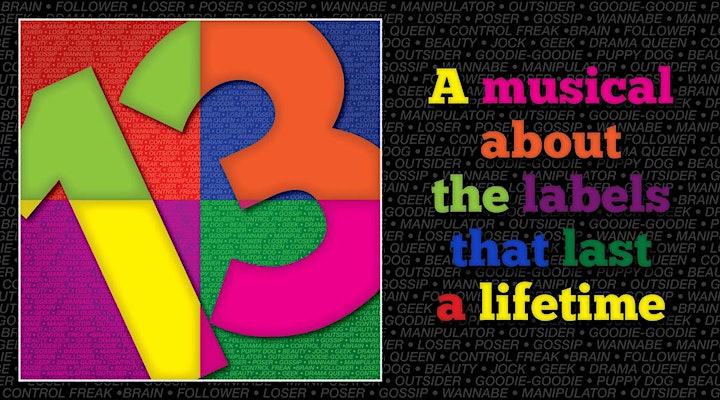 Video" The Making of the Original Broadway Cast Recording of 13

Evan Goldman is about to turn thirteen, and he can’t wait. His life seems full of possibilities -- that is, until his parents get divorced, and he is forced to move with his mom from big-city New York to podunk Appleton, Indiana. If Evan can’t get the coolest kids to come to his bar mitzvah, how is he going to survive the school year, not to mention, the rest of his life? As Evan navigates the world of cool kids and nerds, jocks and cheerleaders, first kisses and heartbreak, he comes to understand “What it Means to Be a Friend.” With a bright, catchy pop score from Jason Robert Brown, equal doses of humor and pathos, and a cast of wildly talented teens, 13 is irresistible to grown ups and almost-grown ups alike.

13 is an original musical with music and lyrics by Jason Robert Brown and book by Dan Elish and Robert Horn.

Following a move from New York City to small-town Indiana, young Evan Goldman grapples with his parents' divorce, prepares for his impending Bar Mitzvah, and navigates the complicated social circles of a new school. 13 is the only Broadway musical ever with a cast and band entirely made of teenagers. It originally began previews on September 16, 2008 and officially opened on October 5, 2008 at the Bernard B. Jacobs Theatre.

The Broadway production closed on January 4, 2009 after a total of 105 performances. The show was directed by Jeremy Sams and starred Graham Phillips as Evan Goldman and Allie Trimm as Patrice. It also starred Corey Snide as Evan on the matinee performances, Aaron Simon Gross as Archie Walker, Eric Nelsen as Brett Samson, and Delaney Moro as Kendra. The 2008 Broadway production is notable for being the professional debuts of Ariana Grande and Elizabeth Gillies who would later go on to star together in the Nickelodeon television series Victorious.

Read more about 13 The Musical