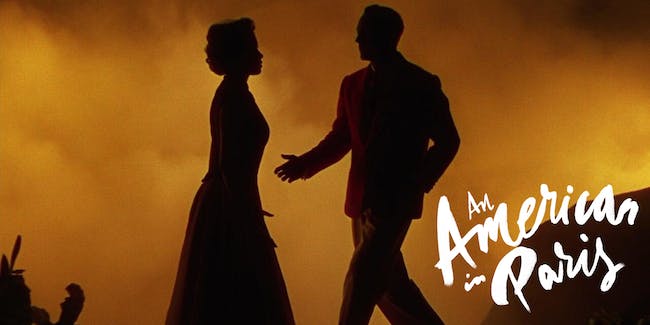 iCal
Google
Three friends struggle to find work in Paris. Things become more complicated when two of them fall in love with the same woman.

“An American in Paris" is one of the most imaginative musical confections turned out by Hollywood! Spotlighting Gene Kelly, Oscar Levant, Nina Foch, and a pair of bright newcomers (Leslie Caron and Georges Guetary) against a cavalcade of George and Ira Gershwin’s music.

An American in Paris is a 1951 American musical comedy film inspired by the 1928 orchestral composition An American in Paris by George Gershwin. Starring Gene Kelly, Leslie Caron, Oscar Levant, Georges Guétary, and Nina Foch, the film is set in Paris, and was directed by Vincente Minnelli from a script by Alan Jay Lerner. The music is by George Gershwin, with lyrics by his brother Ira, with additional music by Saul Chaplin, the music director.

Jerry Mulligan, a struggling American painter in Paris, is "discovered" by an influential heiress with an interest in more than Jerry's art. Jerry in turn falls for Lise, a young French girl already engaged to a cabaret singer. Jerry jokes, sings and dances with his best friend, an acerbic would-be concert pianist, while romantic complications abound. 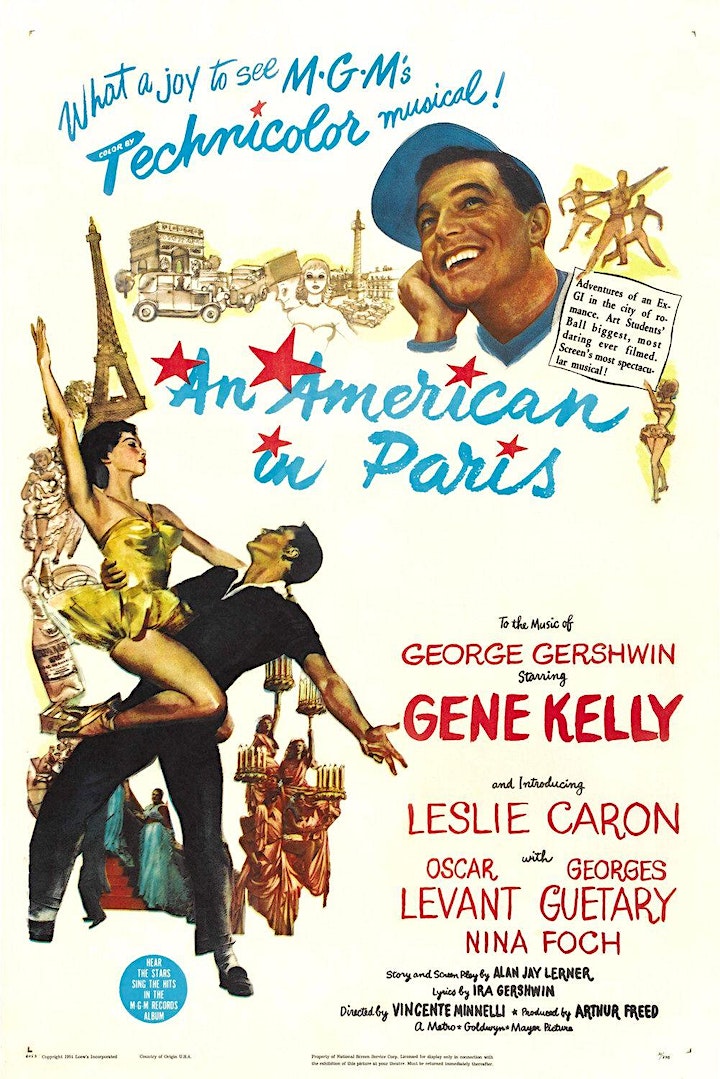