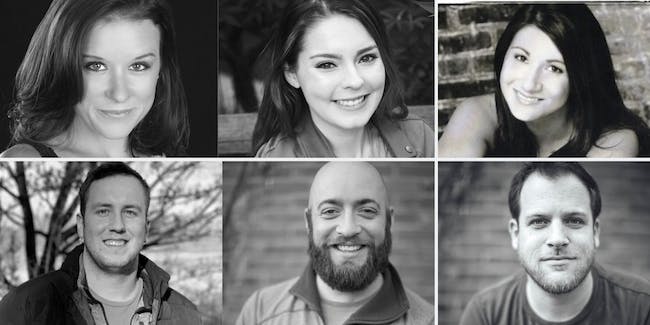 iCal
Google
All Your Favorite Broadway Songs for a Great Cause!

The show will feature a cast of amazing Delaware talent including the return of some Milton Theatre favorites! 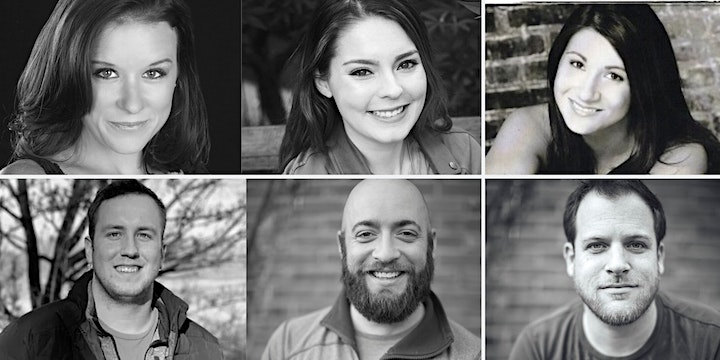 Erin Bobby studied musical theatre at Syracuse University until she won Miss Delaware 2003 and decided to use her full scholarship to the University of Delaware to get a Bachelor’s Degree in English Education. Erin is a frequent performer with Clear Space Theatre Company in Rehoboth and has been fortunate to be featured in many of its productions including Annie Get Your Gun (Annie Oakley), South Pacific (Nellie Forbush), The Crucible (Mary Warren), The Secret Garden (Lily), My Fair Lady (Eliza Doolittle), 9 to 5 (Judy), The Sound of Music (Maria), The Full Monty (Georgie), The Foreigner (Catherine), Avenue Q (Kate Monster/Lucy), Little Women: The Musical (Jo March), Seussical (Gertrude), Rent (Maureen), Shrek: The Musical (Fiona), The Last Five Years (Cathy), Legally Blonde: The Musical (Vivienne), Mary Poppins (Mary Poppins), and Into the Woods (Baker’s Wife). Most recently, she played Diana in the Milton Theatre's production of Next to Normal.

Connor Graham started dancing at the age of three at the Ballet Theatre of Dover. In middle school, she joined the Musical Theatre Ensemble at Premier Centre for the Arts in Middletown under the direction of Fred Munzert. Over the years of performing her favorite roles have been Les Miserables (Fantine), Rent (Maureen), You’re a Good Man Charlie Brown (Lucy), Fame (Dancer), Beatles Suite (Dancer), Swan Lake (Corps de ballet), and many, many Nutcrackers. Connor earned a Bachelor of Arts degree in History and Political Science from the University of Delaware, as well as a Masters in Library and Information Science from the University of Wisconsin-Milwaukee. She currently works as an archivist at Delaware Public Archives and as the Education Director at the Milton Theatre. Connor was most recently in Jesus Christ Superstar and Next to Normal (Natalie) at the Milton Theatre. #youarenotalone IG: @completelyconnor

Candice has a BA in theatre from SUNY New Paltz in New York. After graduating she moved to NYC and began touring first with American Family Theatre and then ArtsPower National Touring Theatre. She was fortunate to travel the country and perform original musicals and plays for young audiences. After 5 amazing years she went back to school and earned her Masters in Theatre and English education at New York University. She taught a K-5 theatre program at a NYC public school before moving to Delaware in 2009. Candice now teaches Kindergarten at McIlvaine in Magnolia. Since moving to Delaware she has remained connected to theatre by performing and directing around the state. She has worked with Premier Center for the Arts, Kent County Theatre Guild, Second Street Players, and Milton Theatre. Candice is excited to be back singing at the Milton Theatre!

Joshua Dinan performed for the first time at Milton Theatre as Dan in Next to Normal. That was his second lead role since he has lived in Delaware, his other being Jamie in The Last 5 Years. He is currently Active Duty in the U.S. Air Force, but has enjoyed making time for the passion he has for theatre and music.

Peter Briccotto returned to musical theatre after a five year hiatus as Herod in the Milton Theatre's production of Jesus Christ Superstar. Beginning his professional performing career at during 2005 at Premier Center for the Arts in Middletown, DE, as Snoopy (You're a Good Man, Charlie Brown), Peter's favorite roles include Seymour (Little Shop of Horrors), Leo Bloom (The Producers), Pseudolus (A Funny Thing...Forum). Cat in the Hat (Seussical), Malcom MacGregor (The Full Monty), Le Fou (Beauty and the Beast), and Sparky (Forever Plaid).  Highlights of his professional fundraising career include founding Winter WonderFEST in Lewes, DE, serving on the Advisory Board for the Milton Theatre, assisting with the restoration of the Everett Theatre, leading the renovations of the Candlelight Theatre, and working as event director for the American Cancer Society and Beebe Medical Foundation.

An active singer & guitarist, Charlie Hannagan regularly performs almost 200 shows a year in a complete range of styles and venues. Studying vocal performance & music theory collegiately in the early 2000s, Charlie has extensive knowledge in the areas of vocal pedagogy & performance, as well as vocal health & maintenance. In addition to his busy performance schedule, Charlie completed a group teaching method certificate program while working for Apple Inc, & has musically directed shows at Concord High School, Milburn Stone Theatre at Cecil College, & soon to be the Milton Theatre. While mostly active in the world of live music, Charlie recently released his first solo EP of original music, a highly acclaimed cover of the Leonard Cohen classic, Hallelujah, & an EP of highlights from Jesus Christ Superstar featuring members from the cast from the Milton Theatre production.