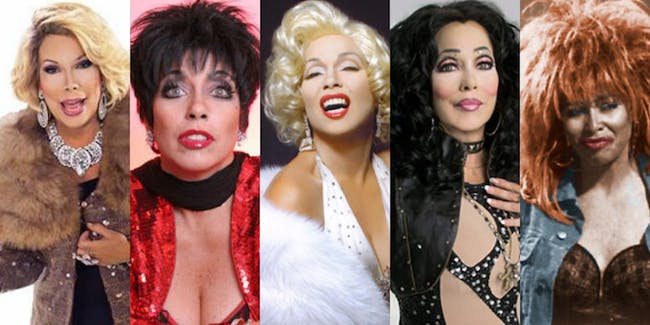 Impersonating Tina Turner, Cher, Dolly Parton, Liza Minelli, Marilyn Monroe, Bette Midler and many others, Faris offers audiences hilarious and touching portrayals and a bit of nostalgia, but mostly just crowd-pleasing warmth that has set her apart from the rest. 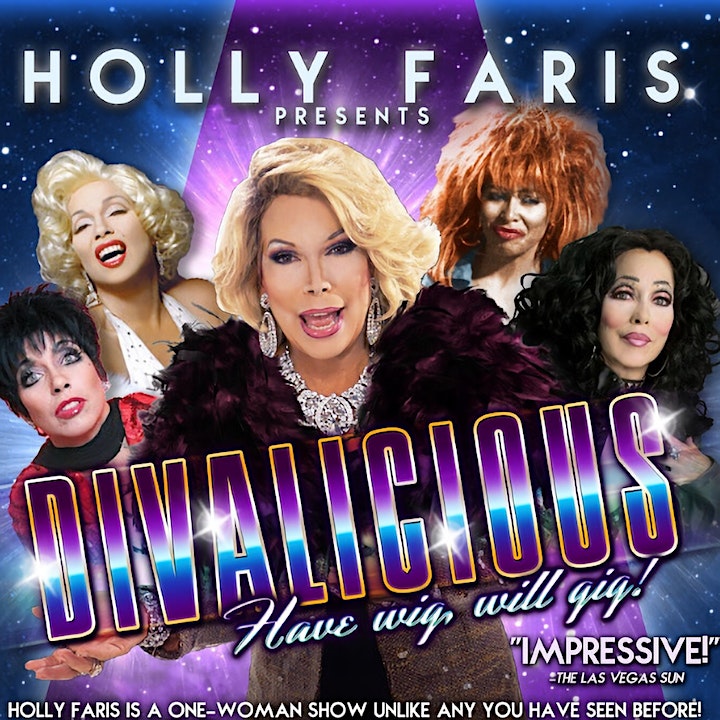 Holly Faris is an impressionist, actress, singer and comedienne. Her early career began in revues in casinos worldwide, including Greece and various islands in the Caribbean. Joan Rivers, Tina Turner, Cher, Marilyn, Bette Midler, and Liza Minelli. to name a few, are among the many impersonations included in Faris's vast array of Divas.

Holly's early career began as the opening act for the late Frank Gorshin. Her collaboration with Gorshin on a film , "Everything's George" led to her suggesting he do a one-man show as George Burns. She had input on all the material used for Gracie and was the original voice for her in the Broadway show "Say Goodnight Gracie".

Her film credits include, "All Shook Up" and "Road To Graceland" starring Harvey Keitel and Bridgett Fonda.

Holly also starred in an original Off-Broadway production called "Queen of The Silver Screen" about the life of her idol, Mae West.

Holly appeared on the Joan Rivers TV show as Joan, which lead to many appearances with Joan, including Celebrity Apprentice as Cher the year Joan won and an appearance as Joan herself a few years after. Joan loved her and the fact that she is one of the few "women" who impersonates her. Holly continues to perform her one-woman show with warmth and humor, portraying the divas she loves, as well as a Joan Rivers and Friends Tribute Show in honor of her great friend.