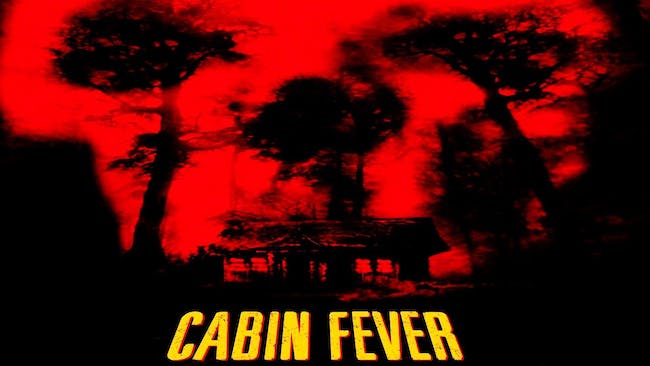 iCal
Google
One of the best "back-to-the-woods" horror films of all time!

As a last hurrah after college, friends Jeff, Karen, Paul, Marcy and Bert embark on a vacation deep into the mountains. With the top down and the music up, they drive to a remote cabin to enjoy their last days of decadence before entering the working world. Then somebody gets sick. Karen's skin starts to bubble and burn as something grows inside her, tunneling beneath her flesh. The group is so repulsed, shocked and sickened watching their friend deteriorate before their eyes; they lock her in a shed to avoid infection. As they debate about how to save her, they look at one another and realize that any one of them could also have it. What soon began as a struggle against the disease turns into a battle against friends, as the fear of contagion drives them to turn on each other. The kids confront the terror of having to kill anyone who comes near them, even if it's their closest friend. The survivors have to find help before they're all killed by the virus, or by the local lynch mob out to destroy anyone who may have come in contact with it.