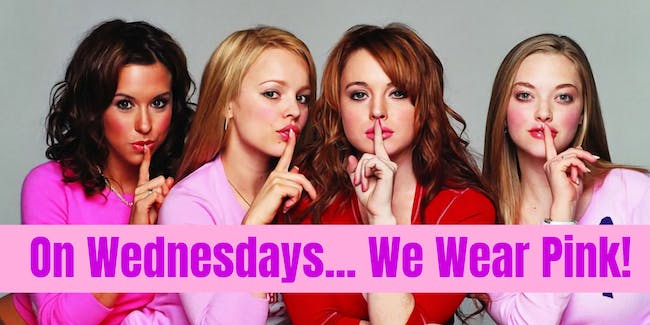 iCal
Google
THE PLASTICS ARE BACK!

It's Wednesday... so wear your best pink ensemble and relive this 2000's teenage cult classic!

Cady Heron is a hit with The Plastics, the A-list girl clique at her new school, until she makes the mistake of falling for Aaron Samuels, the ex-boyfriend of alpha Plastic Regina George.

Mean Girls is a 2004 American teen comedy film directed by Mark Waters, and written by Tina Fey. The film, which stars Lindsay Lohan, Rachel McAdams, Tim Meadows, Ana Gasteyer, Amy Poehler and Fey, is partially based on Rosalind Wiseman's 2002 non-fiction self-help book, Queen Bees and Wannabes, which describes female high school social cliques and the damaging effects they can have on girls. Fey also drew from her own experience at Upper Darby High School as an inspiration for some of the concepts in the film. The movie introduced Amanda Seyfried in her film debut. 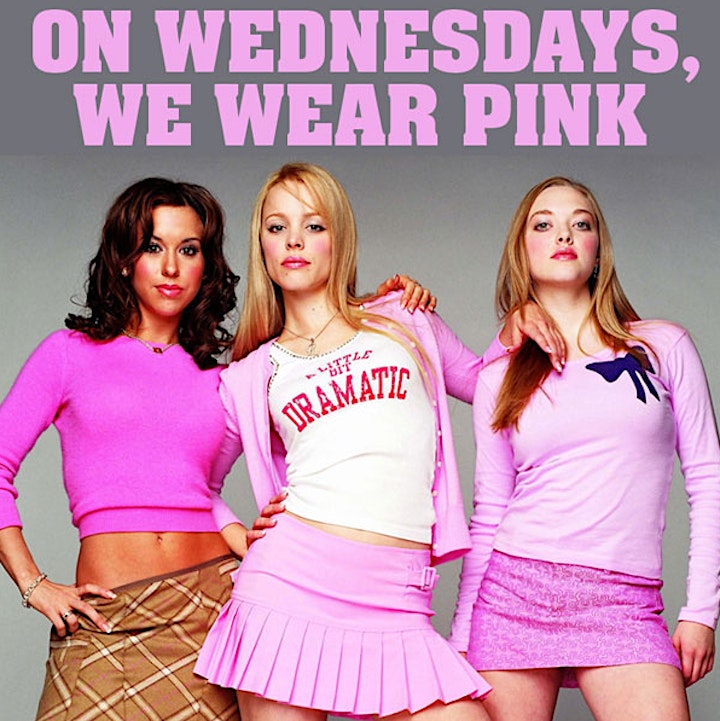