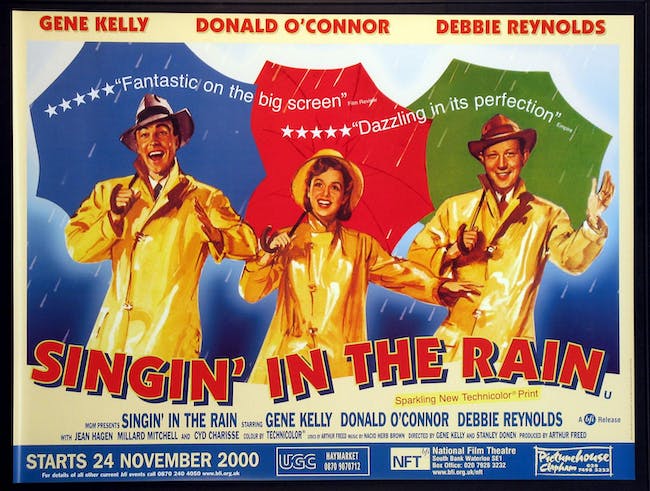 Singin' in the Rain Film Screening

iCal
Google
Celebrate Milton Theatre's History with a look at our Past! From Silent Film to Talkies to live Theatre with Singin' in the Rain!

Singin' in the Rain is a 1952 American musical-romantic comedy film directed and choreographed by Gene Kelly and Stanley Donen, starring Kelly, Donald O'Connor, and Debbie Reynolds. It offers a lighthearted depiction of Hollywood in the late 1920s, with the three stars portraying performers caught up in the transition from silent films to "talkies".

Based in 1927 Hollywood. Monumental Pictures' biggest stars, glamorous on-screen couple Lina Lamont and Don Lockwood, are also an off-screen couple if the trade papers and gossip columns are to be believed. Both perpetuate the public perception if only to please their adoring fans and bring people into the movie theaters. In reality, Don barely tolerates her, while Lina, despite thinking Don beneath her, simplemindedly believes what she sees on screen in order to bolster her own stardom and sense of self-importance. R.F. Simpson, Monumental's head, dismisses what he thinks is a flash in the pan: talking pictures. It isn't until The Jazz Singer (1927) becomes a bona fide hit which results in all the movie theaters installing sound equipment that R.F. knows Monumental, most specifically in the form of Don and Lina, have to jump on the talking picture bandwagon, despite no one at the studio knowing anything about the technology. 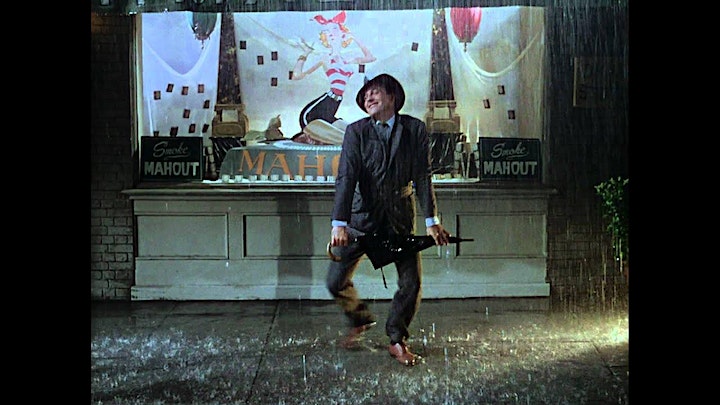