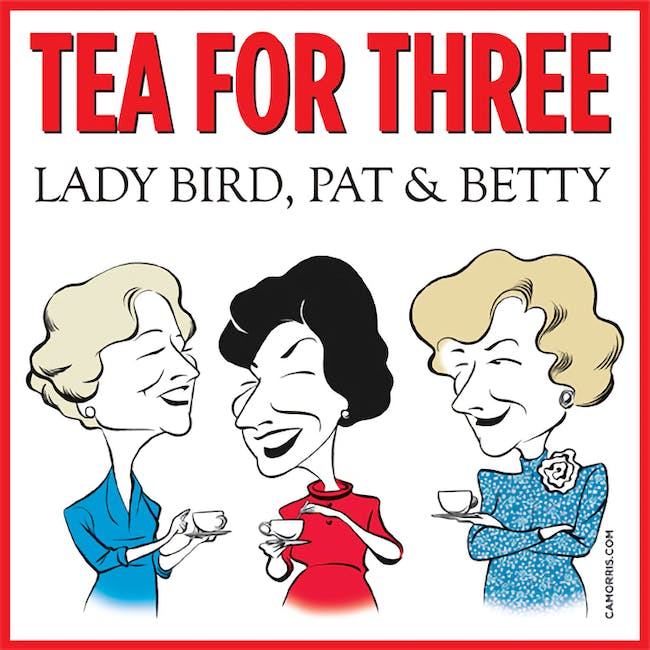 Join 3 FIRST LADIES of America in this heartwarming off-Broadway Tribute!

What is it like for a woman when her husband becomes the President of the United States – and she is suddenly thrust into the spotlight?

Emmy Award-winning actress ELAINE BROMKA stars in this deeply moving and witty play that is hailed as a "subtle feat of brilliant acting" in a performance that "reaches across the aisle".

About Tea for Three

Written by Eric H. Weinberger and Elaine Bromka, and starring the Emmy Award-winning Ms. Bromka, this one-woman show is a witty and intimate re-imagining of three women who suddenly found themselves celebrities -- a behind-the-scenes look at Lady Bird Johnson, Pat Nixon, and Betty Ford, revealing the personal cost of what Mrs. Nixon called the “hardest unpaid job in the world.”

Weaving in the presidents, social change and politics of the time in a way that appeals to both male and female audiences, Tea for Three has been critically acclaimed for its blend of humor and passion. The New York Times observed, “Good stories…subtle…even silences are filled with emotion.” Other reviewers agreed: “6 out of 5 stars!” (AustinOnStage.com, Austin, TX), “marvelous, poignant” (The Star-Ledger, Newark, N.J.), “fascinating…laced with insight and humor… brilliant acting” (The Record-Review, Katonah, NY), “Perfect. I felt honored, as a man, to be allowed to share this” (KDHX, St Louis, MO) The Daily Record, NJ pronounced, “Whether you are a Democrat or a Republican, a liberal or a conservative –and even if you do not like politics – Tea for Three is worth seeing.”

Ms. Bromka has over thirty years’ experience in film, television, Broadway, and off-Broadway. She appeared as the mom in Uncle Buck with John Candy, as Stella on Days of our Lives, and on E.R., The Sopranos, and Law and Order.

The inspiration for Tea for Three came about when Bromka starred opposite Rich Little in The Presidents, which she performed across the country and on PBS. Called upon to impersonate eight First Ladies, she ended up spending months poring over videotapes of the women. Studying nuances of their body language and speech patterns to explore psychologically why they moved and spoke as they did, she became more and more drawn in by their personalities.

“These were women of intelligence and grit who suddenly found themselves in a fishbowl,” Bromka observed. “I realized I wanted to tell the story from their point of view.”

“And I wanted to explode myths. Pat was called ‘Plastic Pat’ in the press, for example, because she was always smiling. Look more closely at her eyes, though. There’s nothing plastic about her. You see the eyes of a private, watchful survivor.”

Her collaborator, Drama Desk and Lucille Lortel Award nominee Weinberger, is the author of several off-Broadway plays, including Wanda’s World and Class Mothers ’68. He and Bromka zeroed in on the three women, linking their stories by revealing each one at the threshold moment of the end of her time in the White House. 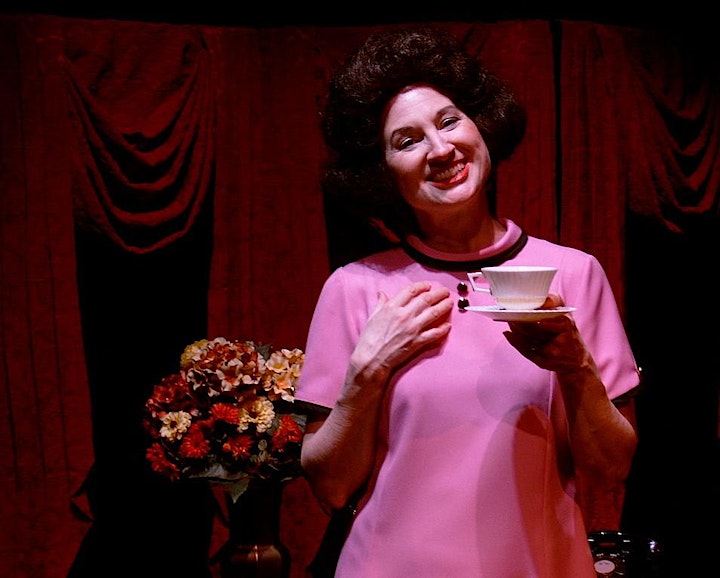 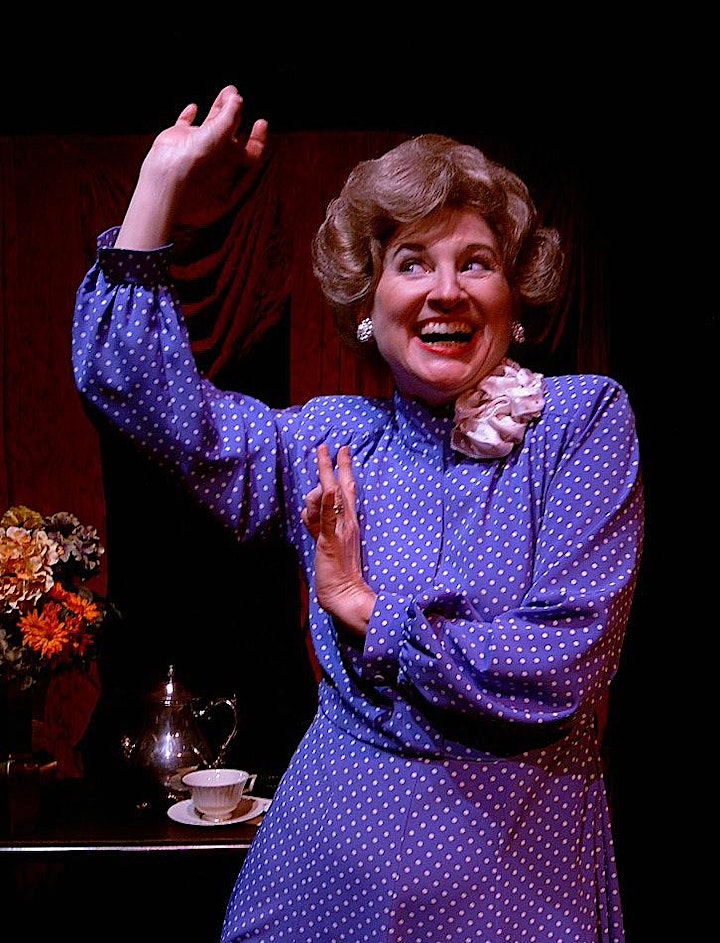 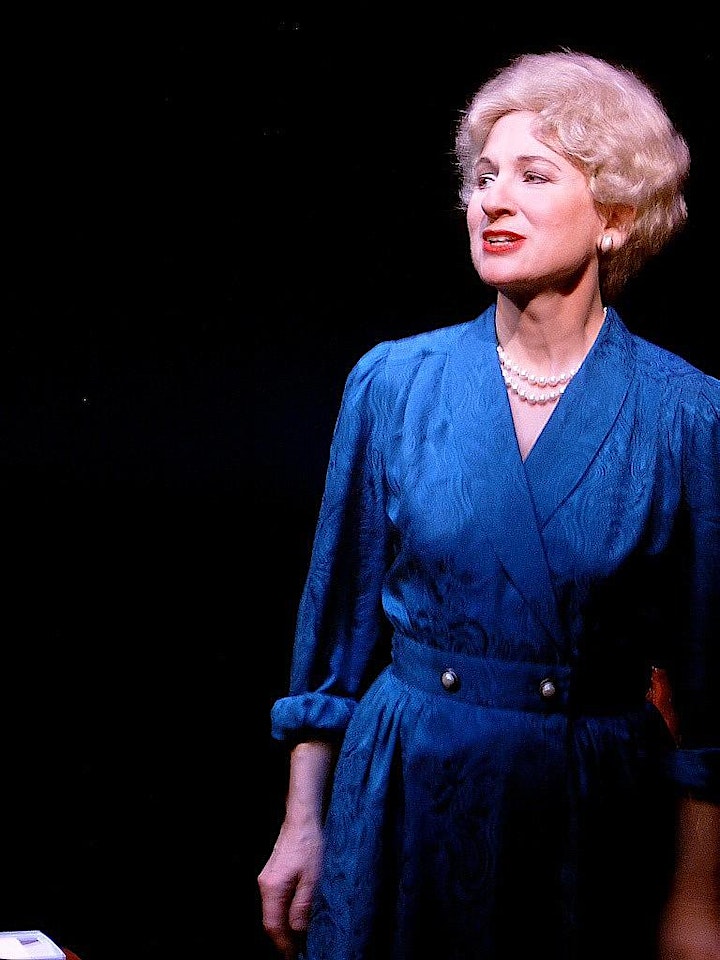 Reviews From Around The Country!

"Delightful and insightful...don't miss it!" CurtainUp

"Will stay with you..." The Villager

“6 out of 5 stars!” AustinOnStage.com

“Perfect. I felt honored, as a man, to be allowed to share this.” KDHX

“Brilliant! Reaches across the aisles.” WomenArts

“Marvelous…poignant…the authors’ finest achievement is that they have humanized their subjects." The Star-Ledger

“Elaine Bromka is a brilliant mimic…a pleasure working with her!” Rich Little