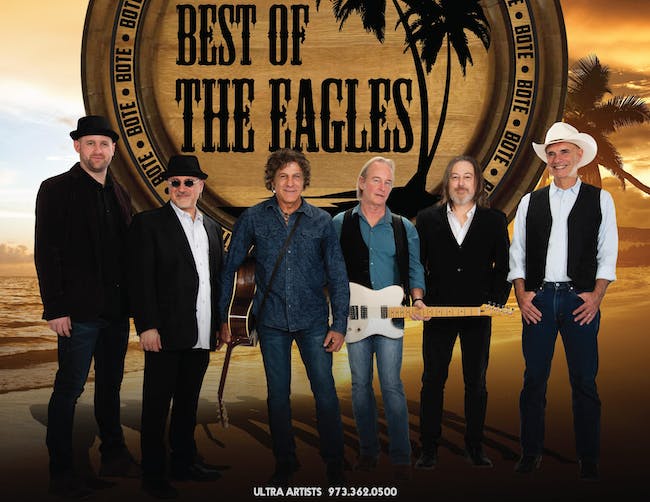 The most exact interpretation of the music of THE EAGLES in America!

Best of the Eagles

Best of the Eagles (BOTE) was established in 2012 by guitarist/vocalist Joe Vadala and a group of professional musicians who individually have an auspicious pedigree, are passionate about their love of the Eagles music and who have all worked with numerous national touring artists. BOTE is the most exact interpretation of the music of the Eagles in America, bar none! Each member mirrors his counterpart in the Eagles instrumentally and vocally. However, this is no simple copy band or impersonator act but rather a group of excellent musicians who expertly and authentically re-create the songs, the music, the vocals and the magical aura of one of America’s greatest rock bands. After selling out many venues in the region including the Pollak Theatre at Monmouth University, BOTE looks forward to sharing a great night of Eagles hits. 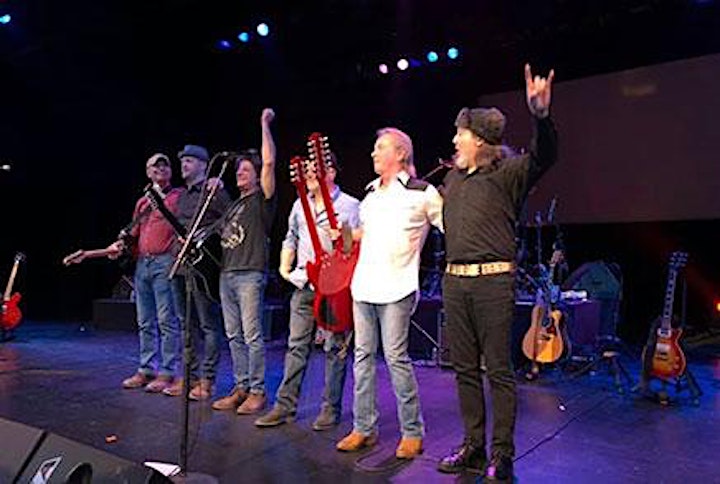 About Best of the Eagles

Marc Hoffman (drums, vocals) - Marc was a founding member in the popular New Jersey based band Prophet, and has also performed with the band Rock City featuring Tom Fuller. Marc was also a member of the band Race which performed two original songs for the cult classic movie "Toxic Avenger." Marc is an accomplished singer/songwriter/drummer/producer and has written for many artists including Japan's best selling artist Miho Nakeyama. In addition to his extensive musical career, he has also written and performed music for NBC and CBS soap operas.

Joe Vadala (guitar, vocals) - As a producer and singer-songwriter, Joe has performed nationally, performing with such artists as Buzzy Linhart, La Bamba and the Hubcaps, Joey and the Works, Poetic Justice and more. His music is published through Polygram Universal International, and he has opened for many national acts and performed as part of the premier house bands at the world-renowned Stone Pony in Asbury Park, NJ.

John Bushnell (rhythm, lead and slide guitars, vocals) - John has been a cutting-edge and well respected player on the music scene for years. Countless recording sessions of every genre, an endorsement with Ibanez guitars, and record deals with Sutra Records and Epic Records are all part of his musical history. He has played with Billy Cobham (Mahavishnu Orchestra), James Cotton, Michael Tschudin (David Bowie), and Charles Collins (Jackson 5, Elton John) and released a critically acclaimed album, “7th Sense,” in the U.S. and Europe.