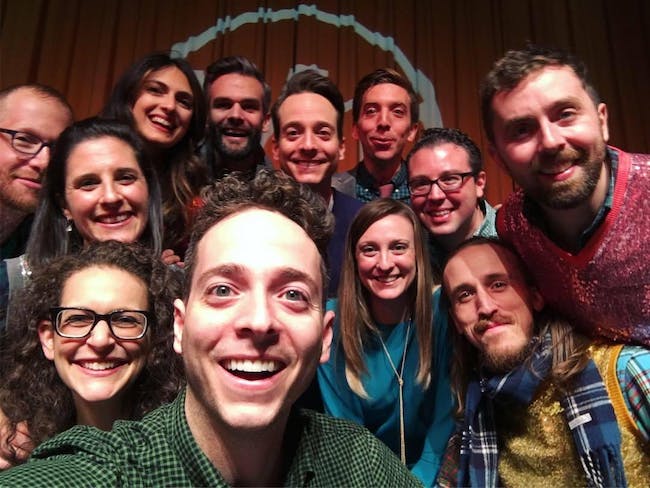 "Locally-bred and New York City-groomed singing and dancing duo Paul and Robbie Rescigno are back in this award-winning, New York-style vaudeville act! Together with a diverse and talented group of performers, this is one Holiday show that is not to be missed!" 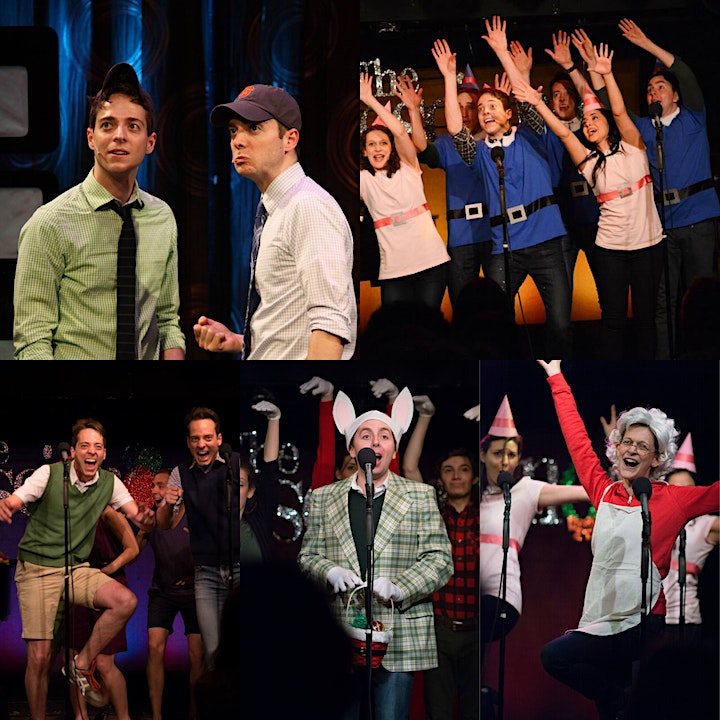 PAUL RESCIGNO has been twin for as long as he can remember. On TV, Paul has appeared on Black Box (ABC), Unbreakable Kimmy Schmidt (Netflix), Mozart in the Jungle (Amazon), and Late Show with David Letterman (CBS). He has been in numerous theatrical productions including Twelfth Night, The Comedy of Errors, The Boys from Syracuse (Theatre Bay Area Award nominee), and Kiss Me, Kate. You may remember his thrilling turn as “Moonbeam Munchkin” in Christmas in the Land of Oz. He had more lines than Robbie in that show. Paul can also be seen in the feature film Tenure starring Luke Wilson. Paul used to work at the Late Show with David Letterman and announced his retirement from the show shortly after it went off the air. He studied at Shakespeare’s Globe in London and has a BFA in Acting from Syracuse University where he graduated Summa Cum Laude. Robbie only graduated Magna.

ROBBIE RESCIGNO shares many of the same life experiences as his brother Paul. They also share similar acting credits. For example: Robbie also appeared in the feature film Tenure with Luke Wilson. Oh, and on TV: Black Box (ABC), Unbreakable Kimmy Schmidt (Netflix); and on stage: Twelfth Night, The Comedy of Errors, The Boys from Syracuse (Theatre Bay Area Award nominee), and Kiss Me, Kate. But he has also done some things on his own! Things like appearing in Molly Shannon’s Tilly the Trickster, and Mr. Chickee’s Funny Money at the Atlantic Theater Company, as well as playing the role of Herman (Theatre Bay Area Award nominee) in The Most Happy Fella at 42nd Street Moon. He received a BFA in Acting from Syracuse University and studied at Shakespeare’s Globe in London.